The work is configured as the pictorial reproduction of a wrong photograph, taken during transit between Savona and Milan.
The mistake led me to the awareness of not wanting to adopt pre-packaged looks but rather surprised and unpredictable. It is therefore necessary to re-evaluate the meaning of the error: not as a false representation of reality but as the possibility of a new narrative.
I have also chosen to reproduce a photograph in black and white because gray has the ability that no other colour has to visualize nothing. It is the colour of indifference, of indecision, of silence, of despair. In other words, those moods and situations that affect us and for which we would like to find a visual expression. 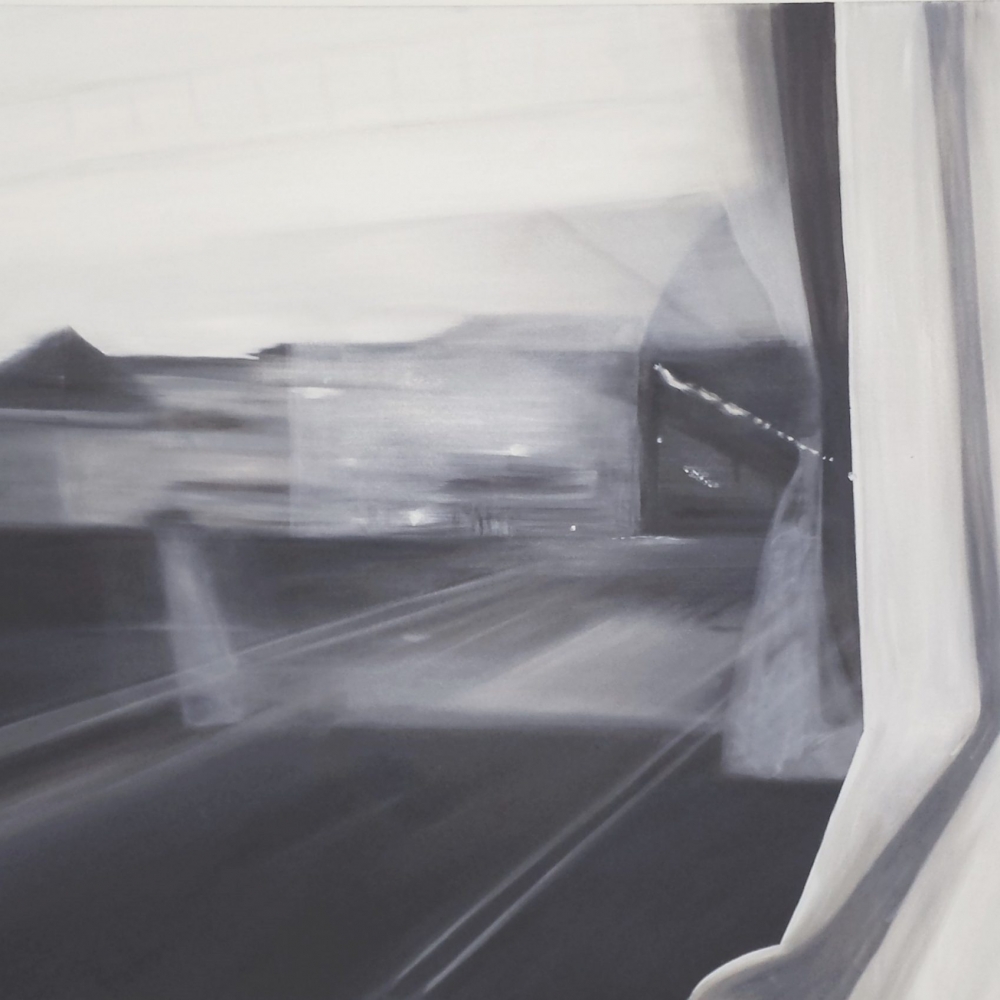